There are three main categories in the tires industry, touring, performance, and winter tires. Each of them offers a different value with a price difference and a performance variance. It depends on the buyers, which type of performance they desired from their tires, and depending on that, we recommend them from which category they should look in for new tires.

There is a reason why some cars come with a touring tire and others comes with performance tires. Although there is not as big of a difference if you want a comfortable and smooth ride and if you are a normal driver. But if you have the knowledge and some information about tires’ performance and movement, then you can easily differentiate between both of these tire’s performances.

Touring tires are usually preferred by everyday drivers who want to have a comfortable ride and a smooth-handling at highways and city roads. The good thing about touring tires is that; they are more durable than performance tires and deliver better fuel economy and a quiet ride.

The previous two tires were summer tires, and similar to them these two tires are used competitively on all-season roads. One better at something and the other better at another. With that being said; ultra-high performance tire gives better street ride with better traction and grip along with better winter and wet drive.

On the other hand, high-performance tires are better at cornering, handling, and brakes in all-season track conditions. Similar to summer tires, both of these tires are good at tracks and streets, but one performs better at one terrain and the other at another terrain. So we leave it up to you to decide whichever feature and what type of drive you desire from your car.

As performance and touring tires are not available for winter season driving, that is why winter tires have their specific category. The tires that come under this category are only driven in winter and snow conditions and denied to drive in summer and hot conditions.

The difference between studded and studless winter tires is that; studded tires have hundreds of small metallic studs installed on the tires that deliver better snow and ice performance. Also, studded winter tires improve the overall traction, grip, and braking capabilities of the car on harsh snow and ice-covered roads.

On the other hand, studless tires are similar to ordinary tires. But they have deeper tread depth and stronger sidewalls to deal with severe snow conditions of the snow. The things that are not so likable about winter tires are that; they do not perform in dry and hot conditions, and also, winter tires have no treadwear warranty.

These are some of the tires categories that people have to decide between when buying new tires. Nobody can tell you which category to go after until and unless they have an idea about your preference and the value that you desire. That is why it is up to you to decide which category will give you the most. That is it from our side; if you have any quarry regarding this topic, you can leave it in the comment section below.

Hadie has been working as a tire professional in the automobile industry for over 5+ years. His experience helps him identify the right tire and how it will perform with different vehicles. when he is not working he likes to drive sports cars on tracks to feel the fresh blow of air after stressful nights of work. 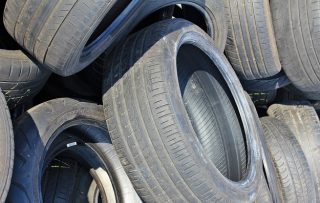